Next Working Day Delivery. Free for orders over £50. * 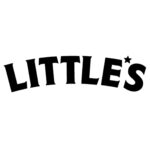 Little’s Coffee French Vanilla is super high quality Arabica coffee infused with natural Madagascan Bourbon creamy vanilla. Did you know that Bourbon vanilla originated on the island of Reunion (originally called Bourbon) named after the French dynasty who settled the island – hence why we call it French Vanilla.

A cup of coffee should make you happy. It’s that moment in the day to look forward to and savour. That’s what Little’s infused instant coffees are all about, no added sugar & no nasties. Just smooth, quick, delicious coffee. So why not put an end to dreary, boring coffee and liven up your cup.

And since they’re super easy to make, you have more time to enjoy the good things in life like that extra five minute snooze in the morning, or a game of scrabble.

Suitable for Vegans and those on Gluten free diet.

Little's consists of an American style, flavoured coffee company which remains family run. Formed originally over 25 years ago by a husband and wife team. It all started by roasting their own coffee beans infused with flavour extracts from their favourite ingredients. They later evolved to suit busy peoples lifestyles so their instant coffee now steals the show. These coffee's are easy to make at home and packed full of a variety of different flavour combinations.